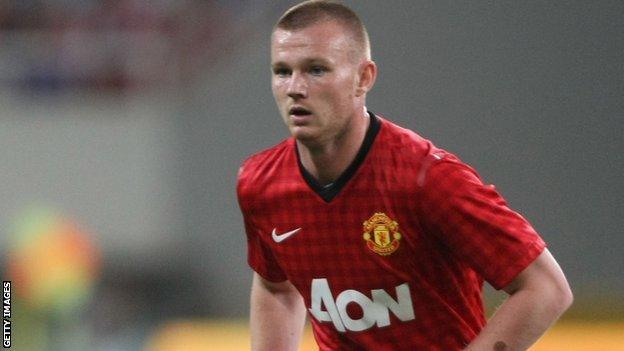 Barnsley have signed Manchester United's Ryan Tunnicliffe on a 28-day loan deal after Scott Golbourne was ruled out for the rest of the season.

Midfielder Tunnicliffe, 20, has made two appearances for the Red Devils this campaign and spent time on loan with Peterborough last season.

"Can't wait to get playing as the belief amongst the manager/players is unreal," he posted on Twitter.

Golbourne was injured in a tackle in last weekend's FA Cup win over MK Dons.

The 24-year-old has played 35 times for the Tykes this term and boss David Flitcroft told the club website: "It's a massive blow because his form has been incredible."

Tunnicliffe could make his debut at Bristol City on Saturday.