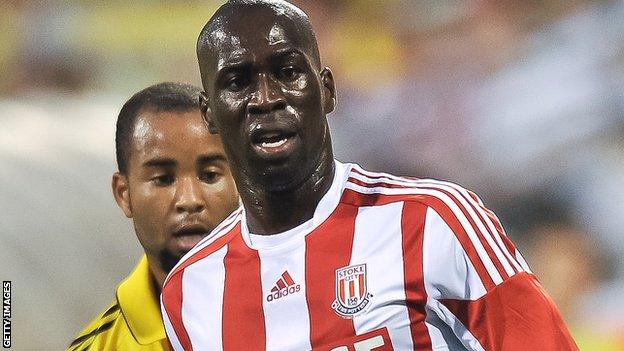 Tranmere Rovers have boosted their attacking options with the signing of Stoke City striker Mamady Sidibe on loan for the remainder of the season.

Sidibe helped the Potters into the Premier League in 2008 but his chances of regular first-team action since then have been ruined by serious injuries.

The Mali international, 33, scored once in 10 games during a recent

Meanwhile, skipper James Wallace is likely to miss the rest of the season.

The Rovers midfielder because of a knee problem, which manager Ronnie Moore believes is expected to require surgery.

Tranmere, who have led League One for much of the campaign, have and lie sixth in the table ahead of Saturday's trip to Colchester.

On Sidibe's arrival, Moore told the club website: "He's the big target man I've been looking for and we have beaten quite a few teams to get him.

"He's an experienced striker who leads the line well. He will cause defenders problems and he will give us extra height defending set-pieces too.

"I think he can do a really good job for us at this level and he is a big signing for the club."