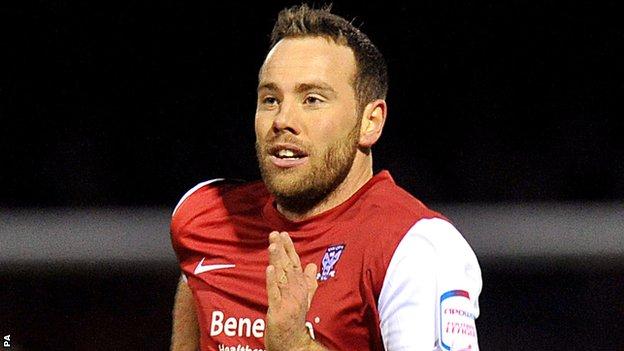 Everson only joined the Minstermen in January after a brief trial and has appeared in two league games.

The 25-year-old is a ex-futsal player but has played 11-a-side football in Iceland and the United States.

McGorrigan, 20, was with The Heed earlier this season but left for Blyth, where he scored seven in 15 games.

Gateshead will hope the new arrivals can solve their striking problems, as they are the Blue Square Bet Premier's lowest scorers and are currently 22nd in the table.

"We've been struggling to score goals and hopefully both Everson and McGorrigan will come in and do good jobs," manager Anth Smith told the club's website.