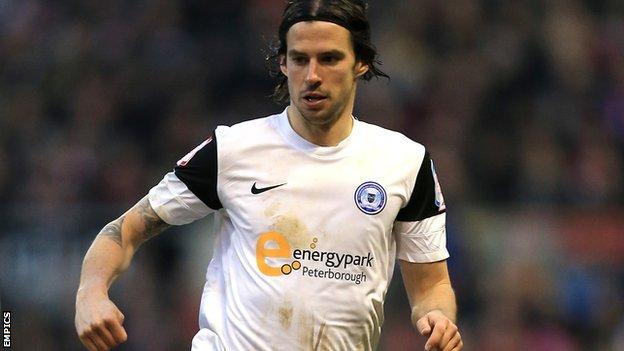 Hull City have signed Peterborough midfielder George Boyd on loan until the end of the season with a view to a permanent deal.

The 27-year-old almost joined Nottingham Forest in January only for the deal to fall through after he failed an eye test.

Boyd told BBC Radio Humberside: "This is a fantastic opportunity for me.

"It is everyone's dream to play in the Premier League and I think I can do that here."

He added: "I got the call on Wednesday and I have to thank the Peterborough chairman because he didn't want me to go but in the end he gave his consent.

"They play football the right way here and they have a great chance of going up."

Boyd made 297 appearances and scored 75 goals for Posh after joining from Stevenage in January 2007.

He could make his Tigers debut in Saturday's trip to Bolton.