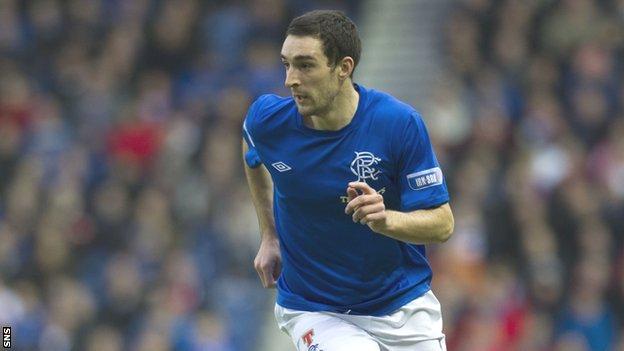 Hearts have agreed a cut-price deal with Rangers over the remainder of the transfer fee for Lee Wallace.

But BBC Scotland has established that the clubs agreed last week Hearts would receive £400,000 immediately as full and final payment for the defender.

The Scottish Football Association insisted Charles Green's consortium must pay all "oldco" Rangers' football debts when it transferred the club's membership to his "newco".

Having received what it called the "third and final instalment", the Austrian club has said it will not object to Rangers' future participation in European competition.

The original amount owed by Rangers Football Club plc, which is in the process of being liquidated, was 1.187m euros.

Rapid Vienna intend to pursue the balance with the liquidators, BDO.