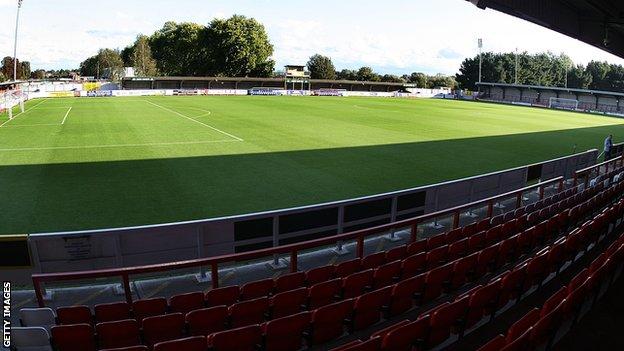 The 19-year-old striker, who Dons boss Neal Ardley knows from his time at the Bluebirds' academy, joins on an initial one-month deal.

The Austrian-born player has not made a senior appearance for Cardiff.

"Importantly, he understands what I want the team to do and how I like us to press, so I do not think it will take him long to fit in."

Darko said he is excited by the move to Kingsmeadow and an opportunity to play first-team football.

"All season I have been trying to get out on loan and get first-team games under my belt," he said.

"I am looking to do what I can for the team and help Wimbledon stay up.

"I worked with Neal Ardley for three years and he knows what I am like as a player. He knows that I will work hard for the team and do my best to help the club in this situation."

Meanwhile, Dons midfielder Peter Sweeney faces a spell on the sidelines after he suffered a suspected broken foot in Tuesday night's draw with Northampton.

The 28-year-old Scot has played in the last six matches after signing from League One Bury in January.

"Peter has gone for another X-ray. There is a strong suggestion that he has a fracture," said physio Mike Rayner.

"If it's confirmed, it would be a minimum of six weeks out."