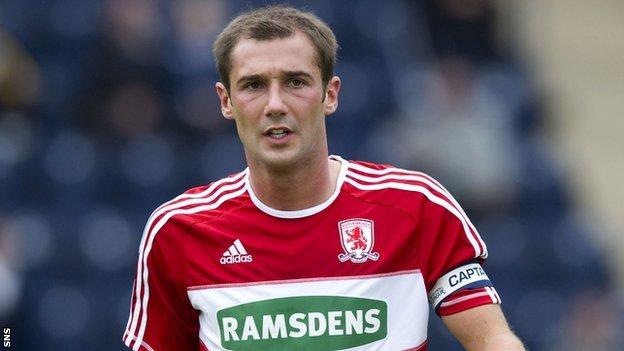 The Scotland midfielder contacted the Easter Road club earlier this week to ask if he could use their training facilities in East Lothian.

However, Fenlon says it's "highly unlikely" Thomson will formally re-join the club.

Thomson moved to Ibrox in 2007 for £2m on a four-and-half-year deal and won two titles before moving to Teesside.

However, he broke his leg within a month of switching to the Riverside in July 2010 and made 56 appearances in a spell marked by calf and hamstring problems.