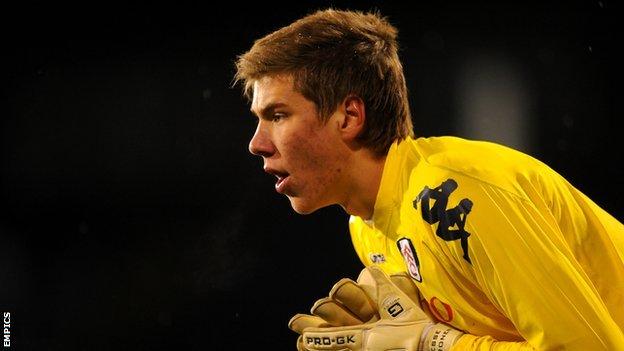 The 19-year-old made his senior international debut in a 3-1 win over Thailand last month.

He has yet to make an appearance for the Fulham first team, but he had a spell with Blue Square Bet South side Maidenhead United earlier this season.

The U's have used Jonathan Hedge and Craig Ross in goal this term, who have played 18 and 10 games respectively.