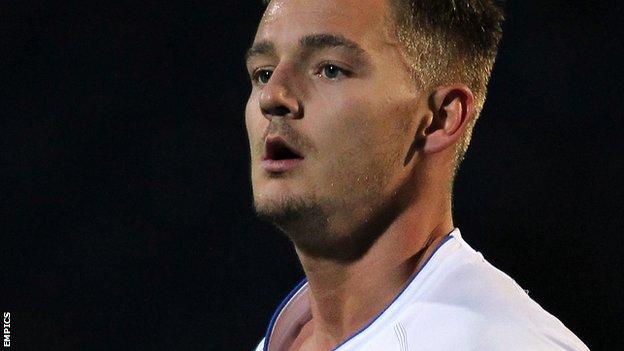 Tranmere Rovers will be without winger Adam McGurk for up to six weeks after he suffered a collapsed lung.

The 24-year-old has played 28 times for the League One side this season.

Former Aston Villa trainee McGurk was named in the squad for Northern Ireland's recent friendly in Malta but did not make his senior debut.

Ronnie Moore's side face Colchester on Saturday and welcome back Jean-Louis Akpa Akpro from suspension.

"Against Carlisle, we lost 1-0 and we conceded the goal just after I got sent off," the Frenchman told BBC Radio Merseyside.

"If I had been on the pitch, you don't know what would have happened. But I wasn't on the pitch because I let down my team and we lost.

"We have dropped down the table [to sixth] but we are not far from the top. Every team have bad periods and I think this was our bad period. I hope it ends on Saturday."