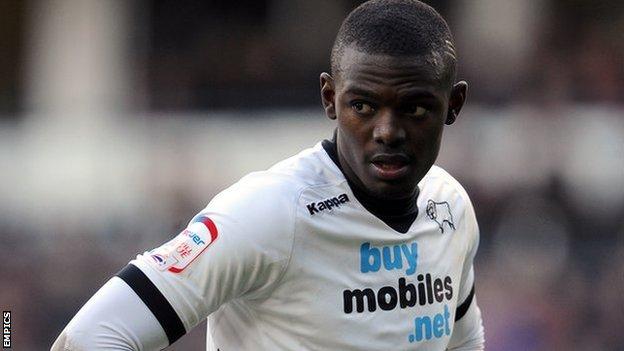 Huddersfield Town have signed Derby County striker Theo Robinson on loan until the end of the season.

The 24-year-old has scored nine goals for the Rams this season but has not started a match this year.

He previously scored 16 goals in 45 appearances for the Terriers before moving to Millwall.

The Jamaican international is new Town boss Mark Robins' first signing since taking over last week and could make his debut against Ipswich on Saturday.