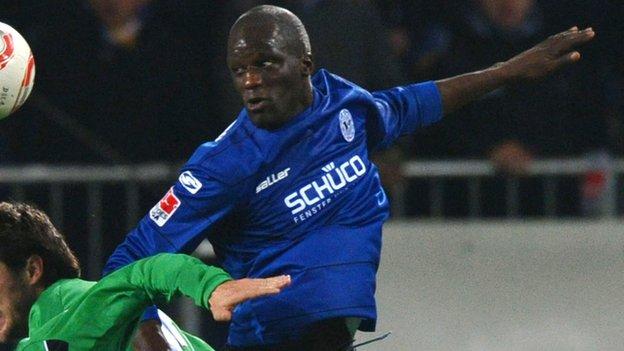 AFC Telford United are weighing up whether to offer a deal to French midfielder Morike Sako, who has joined the struggling Bucks on trial.

The 31-year-old elder brother of Wolves star Bakary Sako has twice played in English football before.

After being signed by Leroy Rosenior at Torquay in July 2005, he moved on a year later to Rochdale, where he spent half a season.

He has since played the majority of his football in the German Bundesliga.

He spent three-and-a-half seasons in Hamburg at St Pauli, before joining Bielefeld in September 2010.

He is currently training with Mark Cooper's Bucks, who this week crashed to the bottom of the Blue Square Bet Premier.

Ahead of this Saturday's trip to promotion-chasing Newport, Telford have gone 20 league games without a win since 6 October.