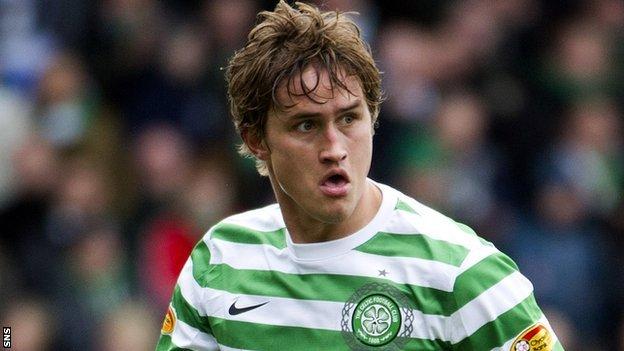 "Rogne has been offered a contract but it has been refused," said Lennon. "We may go back to him with another offer but no guarantees on that.

"We don't want it to fester on, we want a result one way or the other. Thomas is a good player and we would like to keep him around."

Capped twice for Norway, former Stabaek player Rogne has made 62 appearances for Celtic.

"He has had to be patient because Efe Ambrose, Charlie Mulgrew and Kelvin Wilson have done exceptionally well, but whenever Thomas has come in he has never let us down," Lennon added.

The Celtic boss says the club will discuss Paddy McCourt's situation, with the winger out of contract in the summer.

"We will talk to Paddy and his representatives over the next couple of months," Lennon said.

Club captain Scott Brown will discover on Monday whether he needs an operation on his hip problem.

"The specialist is coming back with his prognosis," explained the manager. "He may need surgery but we won't know that until Monday, the specialist is on holiday at the minute.

"We are expecting the specialist to say he may need surgery so as soon as we get him a slot, if that is the case, then we will get it done.

"He is a very important player, the captain, but the squad is strong."

Meanwhile Lennon, whose side are 19 points clear at the top of the Scottish Premier League, insists "there is nothing I can do" about any potential drop in attendances.

"Gates are down all over Europe, there is a recession on and a lot of people are feeling the pinch.

"We have a great support and we have had since my time here and before that."