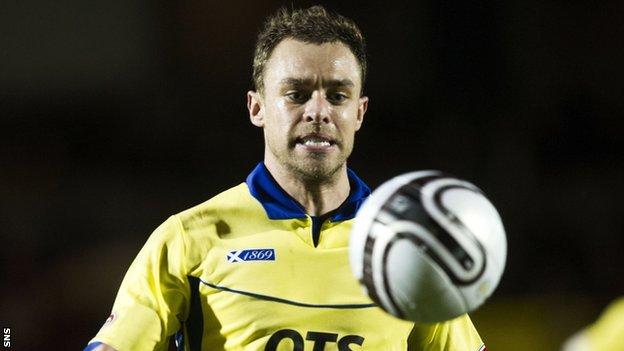 Kilmarnock defender Ryan O'Leary admits he's flattered to be linked with a move to Hibernian.

The 25-year-old, who is out of contract at the end of the season, insists he has not ruled out staying with the Ayrshire club.

If I find myself playing, it's a happier decision to say 'Yes, I'll sign that contract'

"It's nice to hear your name linked with a club like Hibs," said the former Aberdeen and Dundee man.

"I'll look at my options over the next few months and decide on my future at that point."

"It would be interesting to know what's going on because I'm finding myself not playing here," explained O'Leary.

"I've definitely not said no [to Kilmarnock's offer of a new contract].

"I've been at Kilmarnock for a long time now. It was [manager] Kenny [Shiels] who gave me my shot and I've wanted to repay him.

"When he's chosen me, I don't think I've let myself down or the club down or him down.

"Obviously if I find myself playing, it's a happier decision to say 'Yes, I'll sign that contract.'

"But, for now, we will just see what happens."