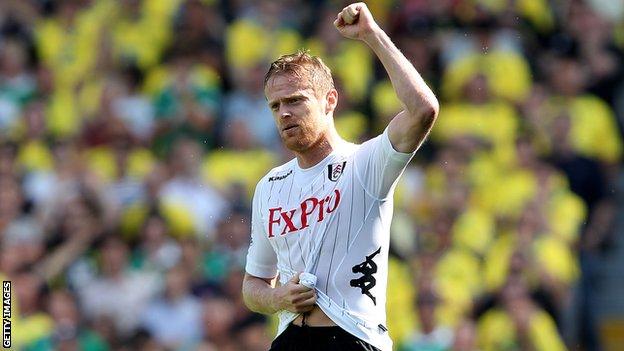 The former Republic of Ireland international, 33, has committed himself to the club until 2014.

Duff, a 2009 signing from Newcastle, had been one of 11 Fulham players out of contract at the end of this season.

"I've loved my time at Fulham since I joined the club more than three years ago, so I'm really happy that I am going to stay here for a further year," he told the club website.

Duff, who has started 18 of Fulham's 26 Premier League games this season, was brought to Craven Cottage by Roy Hodgson, who had also been his manager at Blackburn.

He has two Premier League titles to his name, having been a part of the Chelsea side who won the title under Jose Mourinho in 2005 and 2006.

The midfielder was also part of the Fulham side who reached the Europa League final in 2010, and won 100 caps for Ireland before announcing his international retirement in August.

Fulham have signed up Duff amid some concern they could lose a number of players in the summer.

Veteran goalkeeper Mark Schwarzer, 40, could soon join him in committing to the club after revealing earlier this month that he has begun talks over a new deal.

Boss Martin Jol has previously stated that he wants to complete a permanent deal for defender Sascha Riether, who is on a season-long loan from German Bundesliga side FC Koln.