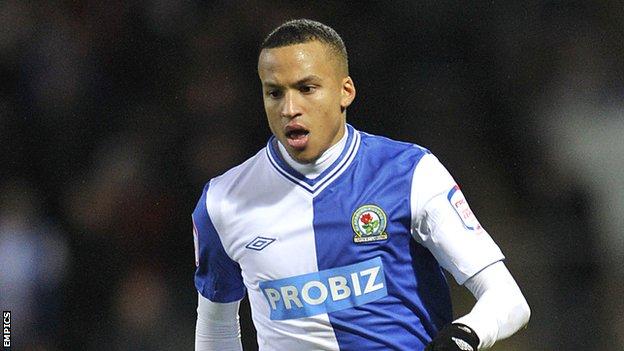 Blackburn Rovers could be without four key players for more than a month because of injuries suffered prior to and during the 0-0 draw with Leeds.

Martin Olsson (eye) and Lee Williamson (ankle) will be out of action for up to six weeks, while Dickson Etuhu (knee) may be out for the rest of the season.

It is also feared Colin Kazim-Richards (ankle) could be out for three months.

Striker Kazim-Richards hurt his ankle in the second half of and Appleton has said the indications of an early return are not good.

Olsson's injury was suffered after he was hit in the face with a ball during training on Friday, causing internal bleeding behind his eye.

Williamson was hurt in the 2-0 defeat at Hull on Tuesday, while Etuhu has not featured at first-team level since 15 December.

One positive for Appleton from Saturday's goalless draw was the performance of winger David Bentley, who made his first start for Rovers since and played the full 90 minutes.

"He got stronger as the game went on," said Appleton.

"Before the game, you think to yourself that you'll give him a breather after 65 minutes and save him for Tuesday. I think his experience got him through the last 25 minutes."

Meanwhile, from a serious knee injury in a reserve game at Middlesbrough on Monday.

Best suffered cruciate ligament damage in a pre-season friendly in July and has not played a first-team game since his £3m move to Rovers.