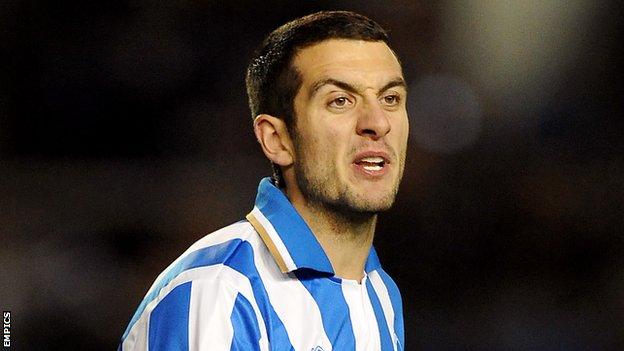 Brighton's Gary Dicker insists he is unconcerned about his future, despite being out of contract in the summer.

The 26-year-old midfielder made only his second league start of 2013 in Saturday's 1-0 win over Burnley.

"There's a lot of us in the same boat in the dressing room, and you just have to concentrate on yourself and playing," he told BBC Sussex.

"It doesn't really play on your mind and I think it's part of football now. You just have to get on with it."

He continued: "I haven't played as much as I'd like to play, but when you come in, you want the team to play well. Hopefully, I can get more games now until the end of the season.

"It's a big squad, so I'm not the only one not playing. I think the attitude of the players we have is good and, to be fair, training is always intense."

Brighton's win followed a 2-0 victory at Championship leaders Cardiff and lifted them up into the play-off places.

Former Republic of Ireland under-21 international Dicker believes securing back-to-back wins is indicative of a marked improvement by the team.

"I think early on in the season, we got a good win and came to the next game and stumbled," he said.

"But today we have six points from six, and it's a massive difference in the play-offs."