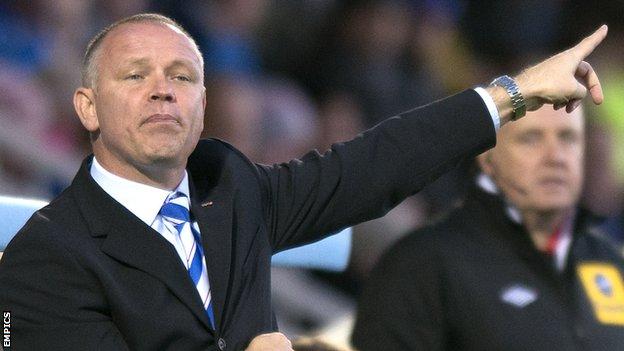 Hartlepool boss John Hughes believes his side's recent form has given them a chance of avoiding relegation.

The 48-year-old joined in November with the club bottom of League One and having only won once all season, but Pools are unbeaten in their last six games and now eight points from safety.

"It was all about keeping that unbeaten run going," Hughes told BBC Tees.

"They're up for the fight and they're showing great commitment to give ourselves a wee chance."

With 13 games remaining, Pool have won four of their last six games and have moved off the bottom of the table.

The Victoria Park side will avoid having lost in February if they avoid defeat by Crewe on Tuesday.

"It's expectations now, but let's keep our feet firmly on the ground and we'll get back in and try to get the best out of them for Crewe," added Hughes.

"They've all got their part to play between now and the end of the season.

"All I will say is for us to have the best possible chance we need to keep everybody out of the treatment room."