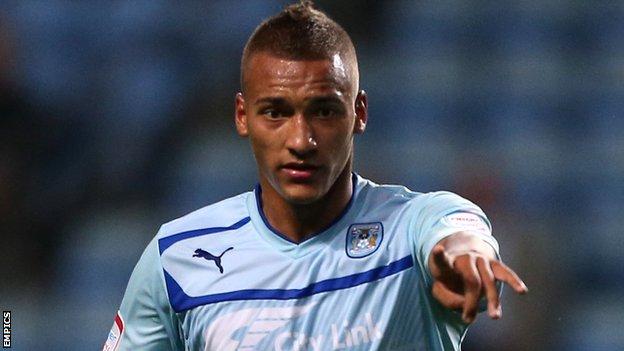 Ipswich Town have signed Manchester United defender Reece Brown on loan until the end of the season.

The 21-year-old has yet to make his senior United debut but has had four spells out on loan, including this season's 10-game stint at Coventry.

"This is a big challenge for me and I'm excited to be signing for Ipswich," he told the club website.

The former Bradford, Doncaster and Oldham loanee added: "It's a big club with great facilities and I'm looking forward to meeting all the lads and getting started.

"I've played here once before - in an under-15 academy showcase game for United - so it's nice to be back here again and I'm ready to try and prove myself at Ipswich.

"I'm still only 21 and getting experience at a Championship club like Ipswich is good for me and it's all part of my education."