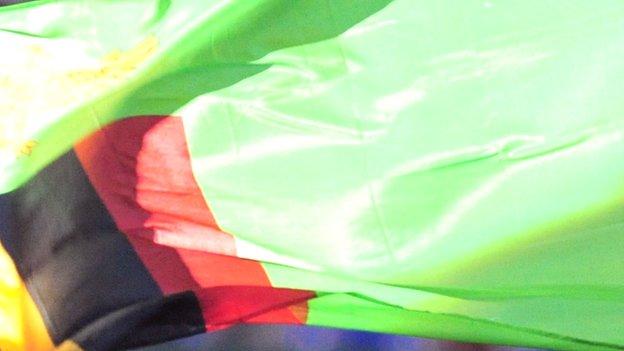 The Football Association of Zambia (Faz) has denied it transferred and registered players while they were banned for match-fixing in Finland.

Fifa has opened an investigation into the matter, which involves eight players who were allegedly transferred without an international transfer certificate and outside of the registration period.

Football's world governing body has said that "at least four of the eight players apparently played in official matches in Zambia despite being suspended on a worldwide basis."

The Zambian players were banned from all football-related activity by the Finnish federation for two years from April 2011 for match-fixing and unsporting behaviour.

Eric Mwanza, Faz's communications manager and spokesman, told BBC Sport that the body did all it could to ensure the players' suspensions had been fully served before they were given permission to play again.

"Because the players had served their punishments in Finland - meted out by the Finnish FA and the Finnish courts - they were free to play," he said.

We are very confident the case will be dropped

"Those players who had served their bans registered with one or two clubs in Zambia. We registered them at the start of the 2012 season.

"One or two players featured in the first two weeks of the season, before Fifa imposed a worldwide ban on the players.

"The moment that happened we applied that ban locally and suspended the players in line with what was an additional sanction from the world governing body."

Fifa began disciplinary proceedings against Faz on 19 February and invited the body to explain its reasoning along with any appropriate documentary evidence.

Mwanza is confident that his organisation can show it has done nothing wrong.

"We welcome the investigation. We would like to state very clearly that we detest the abhorrent acts that bring the good name of the game into a bad light," he said.

"We do not condone whatsoever any acts of match-fixing. Our position is well known and very clear - there would be severe sanctions and punishment, but we have not had incidents of this nature in our football.

"We are happy to provide all the information to Fifa so it can look at the circumstances under which one or two players played in the first weeks of the season - and how we acted swiftly to impose the ban later communicated to us by Fifa.

"Not one of these players has played in the league since Fifa's ban came into force. All the documentation is ready and we hope the matter can be cleared.

"We are very confident the case will be dropped."

Singaporean Wilson Raj Perumal was sentenced to two years in prison last year for fixing matches in Finland in a scandal that saw nine players suspended.

A Lapland district court statement at the time said Perumal had been part of an international organised group that tried to fix matches played by Rovaniemi club between June 2008 and February 2011.

Match-fixing has become a huge concern for football authorities with European police and prosecutors saying this month that hundreds of games may have been rigged by a syndicate being run from Singapore.