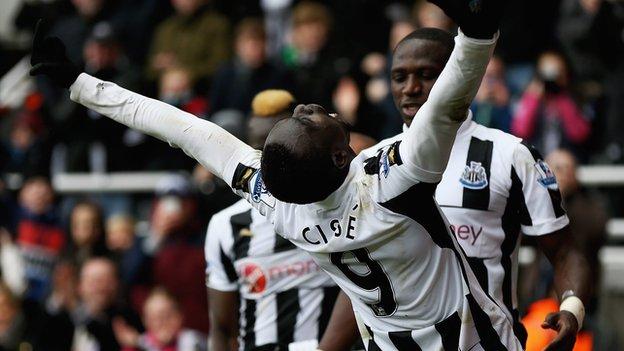 Newcastle's Senegalese striker Papiss Cisse says he does not care who scores the goals as long as the club secure their Premier League status.

Cisse scored a stunning goal in his side's 4-2 home victory over Southampton, helping his side move six points clear of the relegation zone.

"I just want to win each match and get as many points as we can to get out of a difficult situation," he said.

"Whoever scores, all we want is for the team to move up the league."

Cisse's goal, a 30-yard drive that crashed in off the underside of the bar, was his eighth of the season and ended a four-game barren spell.

"It's the top one this year. I haven't scored too many goals this year. It's difficult for me sometimes, but I try all the time," he said.

"Last year, it was too easy - I shot and it was a goal - but this year, I don't know, it's a little bit more difficult.