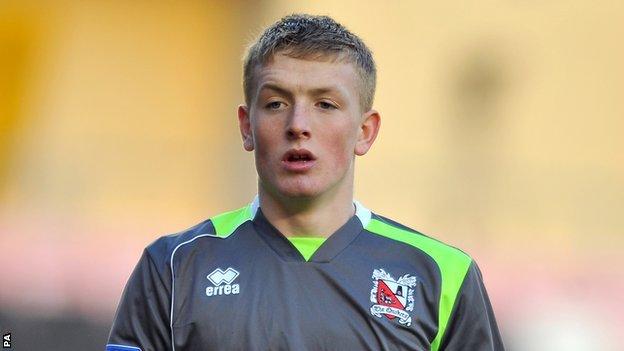 The Reds were without a keeper following Phil Barnes's injury against Kidderminster, with defender Leigh Franks playing the second half of that 3-1 defeat in goal.

England Under-19 international Pickford made 17 appearances last season during his loan spell at Darlington.

The 18-year-old is likely to start against Hyde on Tuesday.