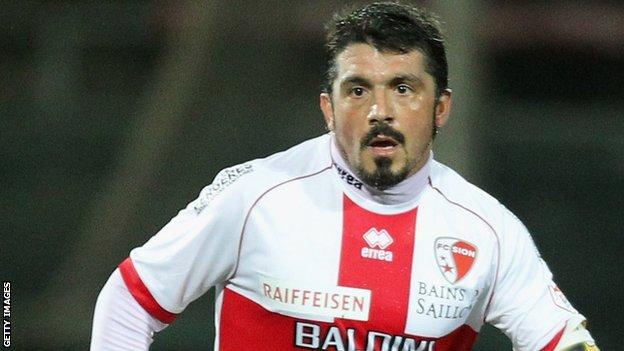 Manager Victor Munoz was demoted to a scouting role after Sunday's 4-0 defeat by Thun in the Swiss Super League.

Sion said in a statement: "Until further notice, the players will manage their activities themselves. The management entrusts responsibility for the group to its captain, Gattuso."

Sion are fourth in the table - nine points behind leaders Grasshoppers.

Gattuso's first match in charge will be the Swiss Cup quarter-final at Lausanne.

The 35-year-old former AC Milan and Rangers midfielder is the fifth person to take charge of the team this season and succeeds Spaniard Munoz, who only began his role in January.