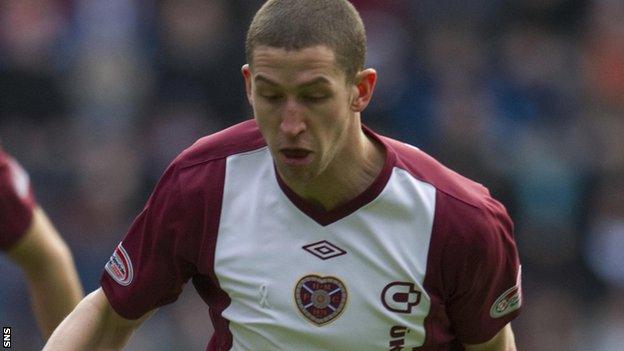 Former Hearts striker Calum Elliot has agreed to join Alloa until the end of the season.

Elliot left Hearts in 2011 and spent last year playing in Lithuania with Zalgiris Vilnius where he featured almost 40 times.

He had been most recent on trial with MLS club Houston Dynamo.

The player was capped at Scotland under-19 and under-20 level, featuring as a squad member at the 2006 Uefa under-19 Championships.