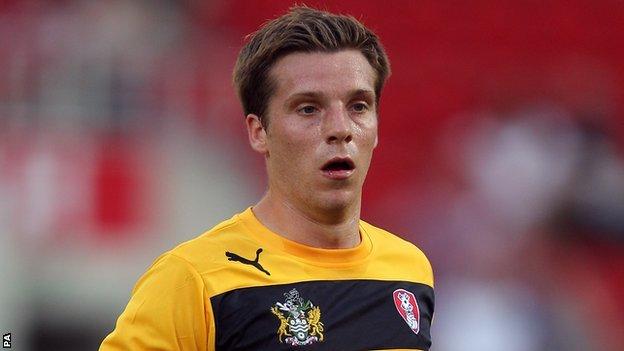 The U's struggled to create any serious chances throughout, and fell behind through David Noble's deflected effort.

Kari Arnason headed in Ben Pringle's corner to make it 2-0 before Johnny Mullins, who had a loan spell at Oxford earlier this season, struck the third.

And a minute before half-time, Pringle turned in Alex Revell's delivery to extinguish any U's hopes.

After the break, Oxford defender Michael Raynes cleared Lee Frecklington's effort off the line as the Millers threatened a fifth, but the hosts halted the flow of goals.

Rotherham's comprehensive victory lifts them three places up the League Two table into fourth, just one point behind Cheltenham in third spot.

Oxford, who had beaten the league's top two sides Gillingham and Port Vale in their previous two games, drop to 12th following the defeat.

"Goals change games and I don't think there was much in the game (in the) first 15 minutes.

"I think a bit of cancelling out was going on.

"We identified the system that they played, I think we changed it tactically and it helped us win it.

"As soon as we out two players wide, we stretched them defensively and we took advantage of that."