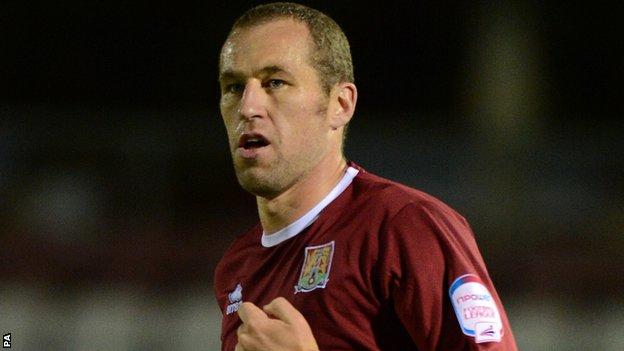 Northampton Town defender David Artell has joined Wrexham on loan until the end of the season.

The 32-year-old has not featured for the Cobblers since October following surgery for an Achilles injury.

"He hasn't played for almost five months and he needs games between now and the end of the season," Northampton boss Aidy Boothroyd said.

"Wrexham are local to where David lives so it is a logical move for all parties."

The loan is subject to international clearance and Northampton have a recall option after the first 28 days as per registration rules.

Centre-back Artell joined Northampton in August 2012 and scored on his debut, the Capital One Cup victory over Cardiff City.