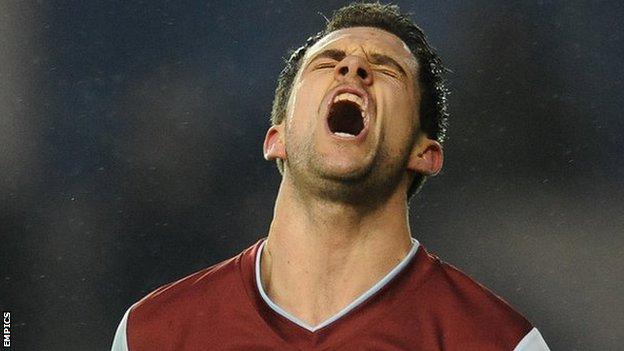 The Clarets, who are eight points from a play-off spot with 13 games left.

"We're in a good position at the moment but we need to get on a good run if we have any hope of it and I'm positive we can do that."

enhanced the chances of Sean Dyche's side making it into the top six, but a run of have left Burnley 12th in the table.

"We're just on the end of a bit of bad luck at the moment, but I'm sure we can turn it round," said Ings. "It's important that we don't get our spirits down.

"We're not on a good run at the moment but the way we're performing is fantastic.

"Although we're not getting results, people should be pleased with the way we're playing and the desire the players are showing."