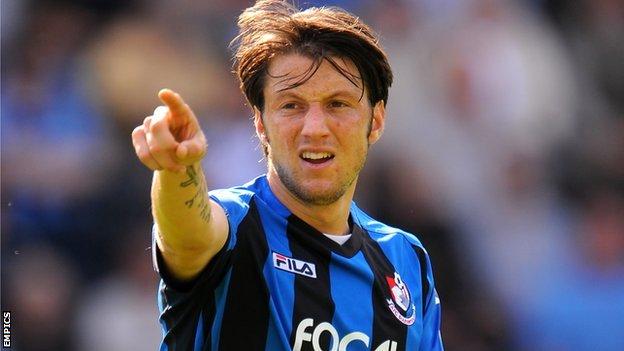 Bournemouth midfielder Harry Arter is convinced the club will be promoted from League One this season despite back-to-back defeats.

The Cherries take on Coventry on Tuesday and are only two points behind leaders Sheffield United despite slipping to sixth in the table.

When asked if he is was certain of going up, Arter told BBC Solent: "100%"

All the teams around us are going to have a blip. I'd rather have ours now then say with four or five to go

"We are two points off top place. We would be stupid if we let two losses take away what we've achieved so far."

After five straight wins carried them to the top of the table earlier this month, the Cherries lost to Preston and then went down 1-0 to Sheffield United on Saturday,

But with 12 games to go, Arter says promotion is still in their own hands and has urged his teammates to bounce back strongly.

"We've strung a very, very good run together and got ourselves in a good position," the 23-year-old said.

"We've lost our last two games, but we cannot let that affect us too much. We cannot let it dent our confidence because we've shown how good we can be. Teams come here and set themselves up not to get beat and we have to take that as a positive "

He added: "There are still 12 games to go, all the teams around us are going to have a blip. I'd rather have ours now then say with four or five to go. It's crunch time, we are playing teams in and around us. We can't let two defeats turn into three.

"As a group, we kick ourselves for the start we made, but we've played catch-up and got back up there and it would be such a shame to fall away. We want to go up within the top two and win the league."