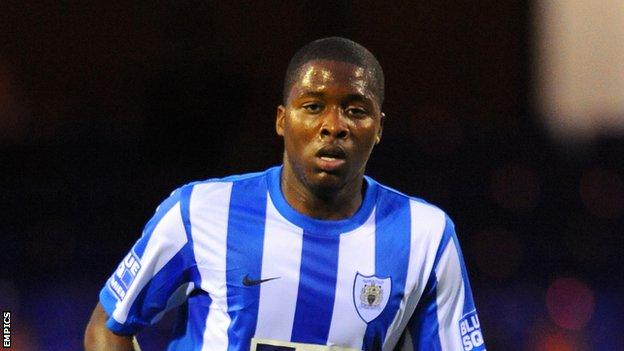 The 21-year-old, who has scored once in four appearances this season, joins the Priestfield outfit on a one-month deal.

German signed an 18-month deal with the Bees in January last year following a trial and joined the north London club's development squad.

The former QPR youngster has also had spells at Aldershot, Southend, Yeovil and Stockport County.

Gills boss Martin Allen had been looking to bolster his forward line after Cody McDonald was recalled from his loan spell by parent club Coventry City.