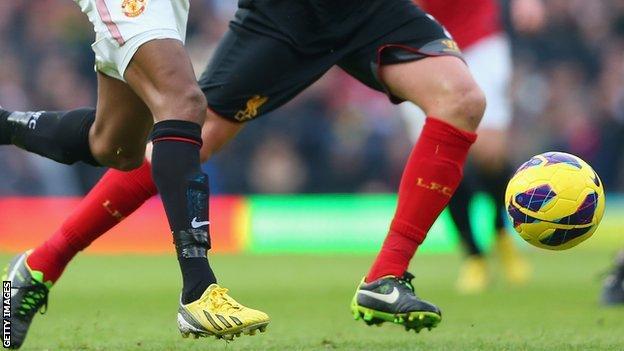 The Football Association is to look into incidents that occurred at Monday's Premier League Under-21s match between Liverpool and Manchester United.

A fan ran on to the pitch during the second half at St Helens' Langtree Park stadium and appeared to direct abuse at Liverpool striker Adam Morgan.

Flares were also set off in the stands, with one thrown on to the pitch.

On that occasion, three United fans were arrested and six ejected during the quarter-final match.

Police also took action against the United supporters after they reportedly set off a flare and sang songs about the Hillsborough and Heysel disasters.