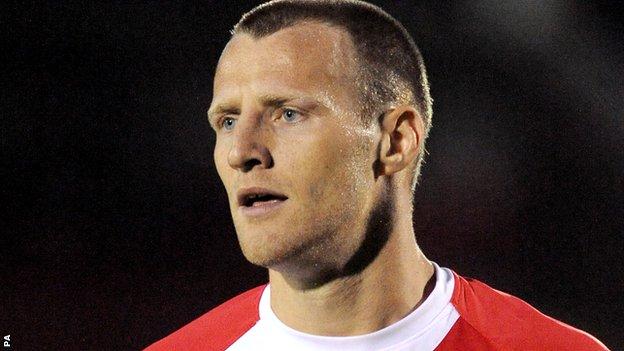 Mansfield recorded their 10th win in their last 11 league games and moved up to third with victory over Woking.

Louis Briscoe opened the scoring for the high-flying Stags when his cross-shot found its way into the net.

The hosts stepped up the pressure after the break and levelled when Bradley Bubb stroked home a penalty after Colin Daniel fouled Brett Johnson.

But Luke Jones headed James Jennings's cross in from close range to secure the three points for the visitors.

Jones's sixth goal of the season sees Mansfield move to within three points of Blue Square Bet Premier leaders Wrexham, with a game in hand.

Meanwhile, Woking, who were unbeaten in their previous three matches, remain 10th.

"The first 20 minutes of the second half was excellent, but we didn't put the game to bed. There were a number of times where we had chances to kill the game by scoring a second goal.

"Subsequently Woking put us under a bit of pressure and got a penalty. But we went for it, we put the big man on [Matt Rhead] and got the goal.

"It's a tough place to get a result, so I am really proud of the boys."