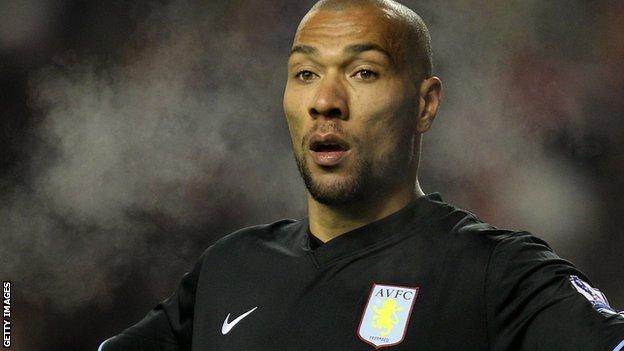 "His present physical condition would need a lengthy period of fitness work not compatible with the needs of the club," said the Serie A side.

Carew, 33, has been a free agent since leaving Upton Park last summer.

The Norwegian linked up with Inter after forward Diego Milito suffered a serious knee ligament injury.

"We would like to thank John for the willingness and professionalism he has shown," added Inter in a statement on their official website.

Since his release by West Ham in May, Carew has taken part in an action film and also been linked with a return to Premier League strugglers Villa.

But he was given a surprise opportunity by the Nerazzurri as boss Andrea Stramaccioni looks for cover for Argentina international Milito.

"I wasn't expecting the call - life is full of surprises. But I'm ready, I feel good and I've worked with the team over the last two weeks," said Carew before his trial ended.

Inter, who will play Tottenham in the last 16 of the Europa League in March, are fifth in Serie A, 14 points behind league leaders Juventus.

However, Inter are on a poor run of form and have only won two of eight league matches in 2013.

Carew, who scored 24 goals in 91 appearances for Norway, has previous experience of Italian football, after a loan spell at Roma in the 2003-04 season.