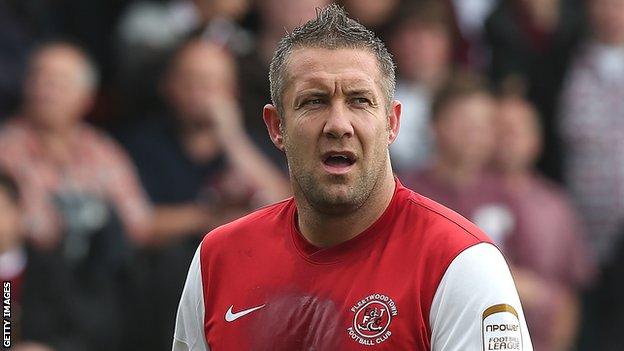 Fleetwood Town manager Graham Alexander has said he is unwilling to risk Jon Parkin from the start of matches as the striker battles for full fitness.

A hamstring problem has prevented Parkin, 31, from featuring regularly for the Cod Army in recent weeks.

Alexander told BBC Radio Lancashire: "He's a big player for us but he's not fully match-fit at the moment.

"What do we do? Start with him and run the risk of him hurting himself again? Or come on and make an impact?"

Parkin, who has with the Football League newcomers, has appeared from the bench in each of Fleetwood's last two matches, including the at Highbury on Tuesday.

Alexander added: "We thought it would be better going that way and it's worked out reasonably well. I don't think him starting would have made us play any better defensively.

"He's a big player at this level and he can be helpful for us, so we need to get him as fit as we can."