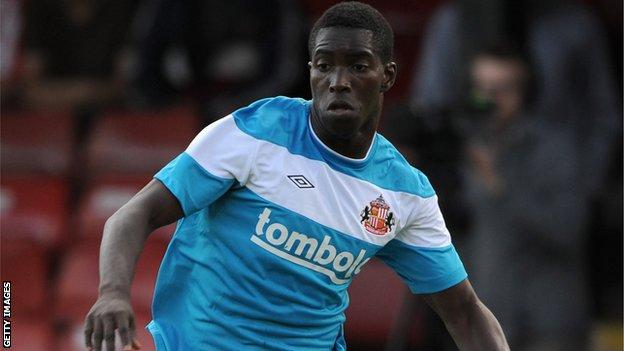 Striker Oumare Tounkara has joined Bristol Rovers until the end of the season after a successful trial.

The Frenchman comes in as injury cover for David Clarkson, who has been ruled out for the rest of the campaign with an ankle injury which requires surgery.

Tounkara, 22, left his homeland to join Sunderland in 2009, but he spent much of his tenure on loan at Oldham, where he scored eight goals in 54 games.

He was released in May and returned to France for a brief spell with Red Star.

"I've been very pleased with him so he's earned a short-term deal," Rovers manager John Ward told BBC Radio Bristol. "It gives me another option for the last 12 games."

Clarkson is the second player this week to join Rovers' extensive long-term injury list, after Seanan Clucus suffered knee ligament damage on Tuesday, which will keep him sidelined for nine months.

Scott Bevan, Matt Harrold, Matt Gill, Adam Virgo and Garry Kenneth are also ruled out for the rest of the campaign.