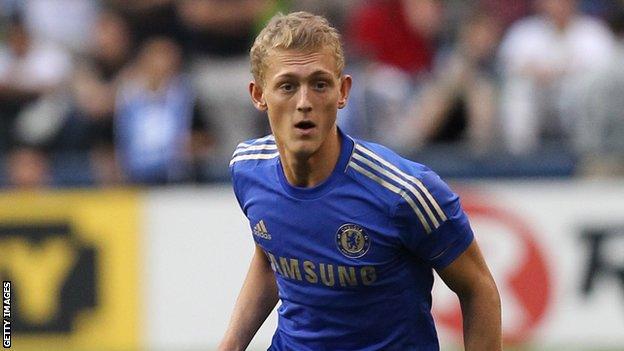 Championship side Millwall have completed the loan signing of Chelsea teenager George Saville.

The 19-year-old, who can play in defence or midfield, joins the Lions on a deal until 4 May.

Saville moved to Chelsea from Reading at the age of 11 and signed professional terms with the Premier League side in 2010.

The Camberley-born player, who has been capped by England at Under-16 level, is eligible to play in the FA Cup.

Saville travelled to the Club World Cup in December but he is yet to make a first-team appearance for the Blues.

He has made 15 appearances for the club's development squad this season.