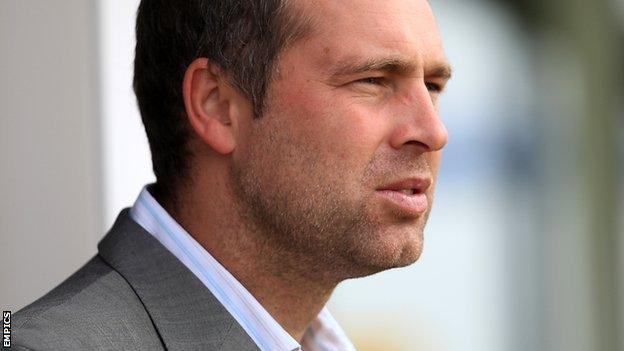 Burnett, who is in charge until the end of the season, oversaw a 1-1 draw with Bradford in his first game.

He told BBC London 94.9: "It's difficult when a manager leaves and certainly someone like John Still, who has left a legacy at this club.

"I said to the players 'let's carry that on'. Nothing needs to change."

It's difficult when a manager leaves and certainly someone like John Still, who has left a legacy at this club

Burnett was pleased with how his players performed at Valley Parade on Tuesday.

"I said we should go and express ourselves, try and be creative and play with no fear," he said. "At times they did that.

"In all fairness, Bradford [controlled] large chunks of the game and probably had the better chances.

"We defended excellently. Our centre-halves and full-backs were fantastic.

"It's not an easy place to come and I'm delighted with the performances and work-rate of the players."

Meanwhile, Burnett played down a row between Medy Elito and Sam Williams over who would take a second-half penalty.

Williams prevailed over a lengthy discussion but went on to miss the spot-kick.

"Sam usually takes the penalties so I've no idea why Medy [got involved]," he said.

"As far as I'm aware he's not on a goal bonus. I'm pleased that they're eager and confident to take it but Sam is our main taker.

"He'll carry on taking them and I'll insist he does so."