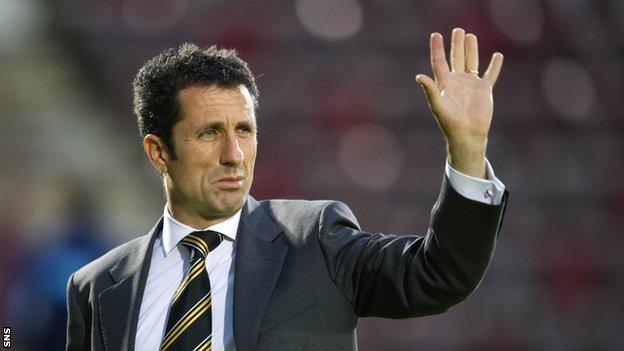 Collins was director of football and resigned after Evans was told he would no longer be in charge of first team affairs at Almondvale.

Evans was part of John Hughes's backroom staff before he departed to manage Hartlepool last November.

And Collins joined Hughes at Livingston when the latter was appointed in February 2012.

Hughes and Collins played together during their time at Celtic and have continued their friendship outside of football.

Evans made more than 200 appearances for Hibernian in the eighties and nineties and has also had coaching roles at Easter Road.

In a statement, the club said: "Livingston announces the departure of first team manager Gareth Evans following a managers' meeting today, where we voiced our concern over the stewardship of the club under Gareth. This, despite the results being generally acceptable.

"John Collins, having appointed Gareth to the post despite certain reservations, has regrettably decided to tender his resignation following our decision to relieve Gareth of his duties.

"First-team affairs ahead of this Saturday's home fixture against Airdrie United will be handled by current head of youth development, Richie Burke whilst the board consider matters going forward.

"No further comment in relation to this development will be made at this time."