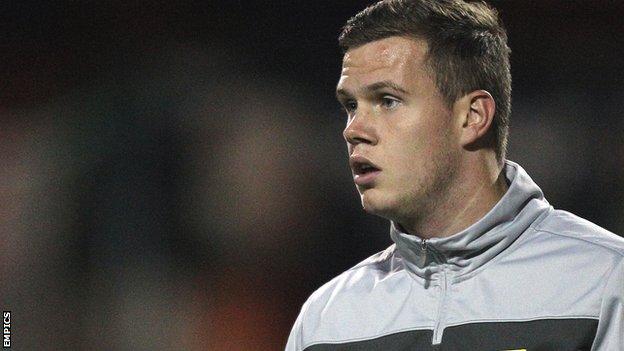 Burnley defender Kevin Long has signed an extension to his contract, tying him to the Championship club until 2015.

The 22-year-old joined the Clarets from Cork City in 2010, but had to wait until October last year to make an appearance for the club.

He has started the last three matches for Sean Dyche's men after gaining league experience in loan spells at Accrington, Rochdale and Portsmouth.

Burnley, who have not won in six games, travel to Charlton on Saturday.

And Long, who has the option to extend his new contract by another year, will be hoping to achieve his first win in Burnley colours at The Valley, having finally broken into the first team at Turf Moor.

I was confident in my own ability that if I did well out on loan and performed well when I came back, I'd get my chance

He told BBC Radio Lancashire: "I've been waiting a long time to get in the starting 11. I'm delighted to be playing at the moment and hopefully we can start picking up a few results now.

"When you're not playing and you're always going out on loan, there's always that doubt [you will not break into the team], but I was confident in my own ability that if I did well out on loan, and performed well when I came back, I'd get my chance.

"I needed all the loan spells. Every one has made me a better player. I think it made me stronger mentally and physically. I had to get used to the pace of the game, because I'd only played a handful of games in Ireland, so I was very raw when I came over."