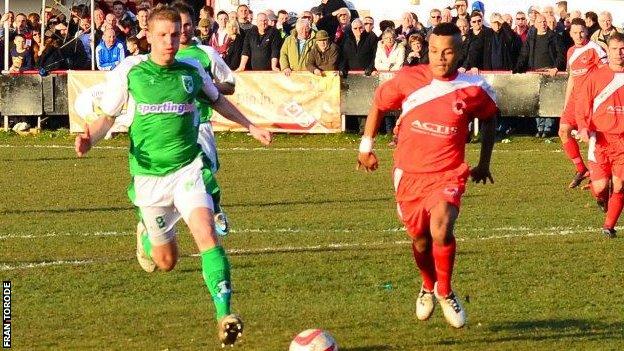 Guernsey FC will face Walsall Wood in an FA Vase replay on Saturday after the two sides played out a 0-0 draw in their quarter-final.

Despite a number of chances and Dave Rihoy hitting the bar deep into extra time, Guernsey failed to win in the FA Vase for the first time this season.

"If that had gone in at the end that might have been cruel on them as a draw was a far result," Vance said.

"They're a good side and very tough," he told BBC Guernsey.

And Vance praised the commitment of his players, who have added to their fixture congestion with the draw.

"There were a lot of players on the pitch who put a lot of effort in and it would have been cruel for someone to lose that game of football," Vance said.

"I'm pleased we've got a replay, if nothing else as we can have a game at home in front of our fans."