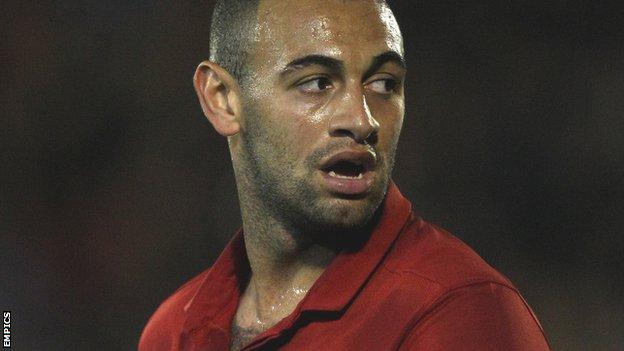 Craig Davies has insisted that earning three points for Bolton is his only target when Wanderers travel to his former club Barnsley at the weekend.

Davies returns to Oakwell on Saturday for the first time since his during the January transfer window.

"It's a big game for the club, not me. It's just another game," the Wales striker told BBC Radio Manchester.

"I'm just going to do my job if I get the chance to play or come on."

The 27-year-old scored 20 goals during his 18-month stint with the Tykes, including nine in the first half of this season.

But with his contract due to expire at the end of the campaign, Bolton boss Dougie Freedman met the player's release clause to make Davies his first permanent signing as manager.

Wanderers have taken 11 points from the last 15 available and are now 10th in the Championship, having been 20th at the start of February.

"We've not been beaten in the last few games so hopefully we can go to Oakwell and get something," added Davies. "But at the same time, they [Barnsley] lost at Bristol City and that was their first loss in a while.

"They were a bit unlucky a lot of the time that I was there. They were playing good football but just weren't getting the results.

"It was only going to last so long because they were playing so well. It's come together at the right time for them."