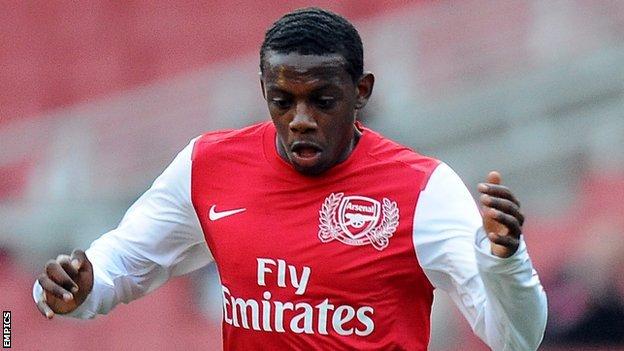 Stevenage have signed young Arsenal winger Anthony Jeffrey on a youth loan until the end of the season.

The 18-year-old has made 12 appearances for the Gunners under-18 side this season and scored six in 19 last term.

Jeffrey, a former schoolboy sprinter who joined the Arsenal academy aged eight, can play out wide or in attack.

He will be available to Boro boss Gary Smith for Saturday's visit of Colchester as they look to end a five-game losing run.