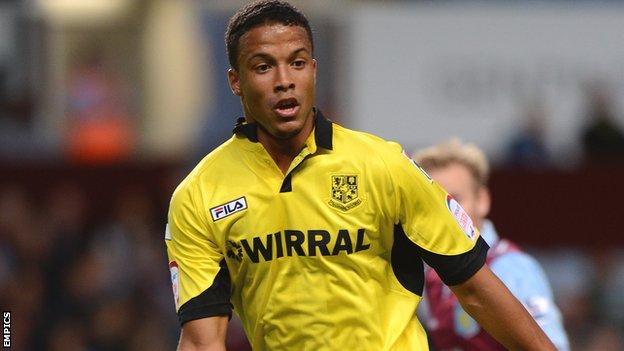 Tranmere Rovers winger Joe Thompson has rejoined former club Rochdale on loan until the end of the season.

The 23-year-old helped Dale to promotion in 2010 during Keith Hill's first spell as manager.

Following Rochdale's relegation back to the fourth tier last summer, and has

If required, Tranmere can recall Thompson after 28 days of his loan spell at the League Two club.

The move is subject to FA and Football League clearance, but he is likely to be available for Saturday's trip to Morecambe.

Tranmere boss Ronnie Moore told the club website: "Joe needs games. Due to injuries and the form of other players, he's not played as much as he would have wanted here.

"This gives him the opportunity to play first-team football at a club he knows very well."