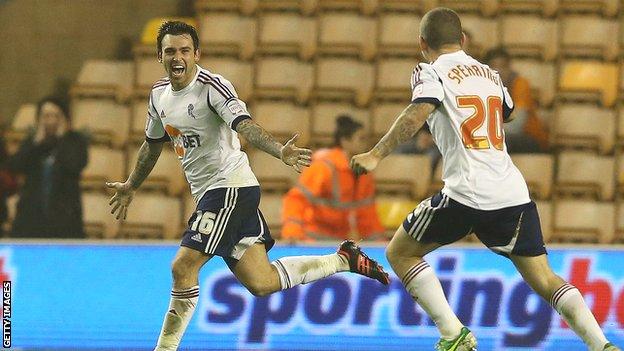 Bolton Wanderers midfielder Mark Davies may not play again this year after damaging his anterior cruciate ligament in his knee against Peterborough.

The former Wolves man recently that had kept him out of action for two months.

He featured in each of the last four matches, from which Dougie Freedman's side had taken eight points.

But Davies, who had impressed in a position behind two Bolton strikers, has now been told he could be out of action for up to 10 months.

Freedman said: "It's a blow for Mark, but he'll come back stronger. I believe Chris Eagles can now step up and deliver in that role."

last summer following Bolton's relegation from the Premier League, which was rejected by Wanderers.