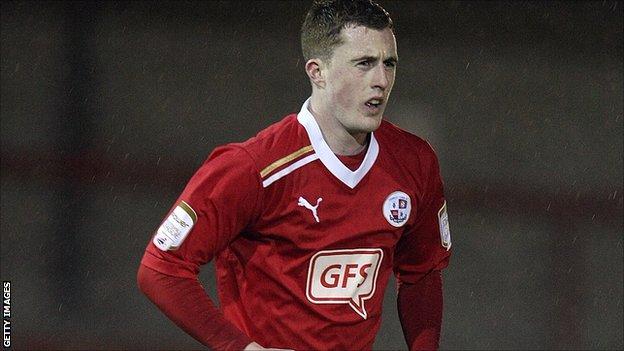 Oxford United have signed former Crawley midfielder Scott Davies until the end of the season.

Davies, 24, began his career at Reading as a trainee and had loan spells at Aldershot, Wycombe and Bristol Rovers before joining Crawley in July 2011.

He made 32 appearances for Crawley before leaving in January.

The U's require cover in midfielder for the injured Peter Leven, who is set to miss the rest of the season after undergoing knee surgery.

"He's a player we think is definitely worth a look at," said U's boss Chris Wilder.

"He has a very good pedigree and is someone we have kept an eye on for a while now so we are delighted that he has signed for us.

"He is local, he wants the chance to prove himself and we think will do well for us.

"We have given him the opportunity to impress us every day in training and in matches and get his career going again. We like players with that hunger to do well and I am sure he will do very well for the club."

Davies is available to play in Oxford's game against Port Vale on Saturday.