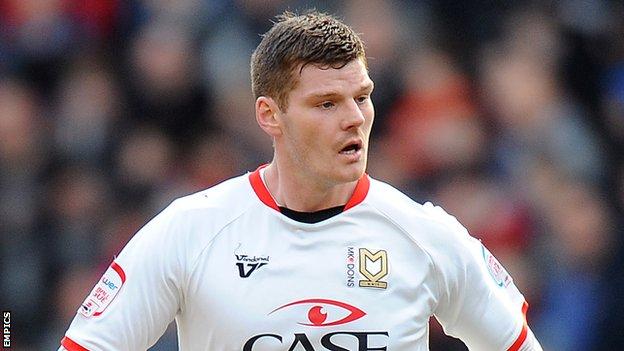 Paul Ince has made his first signing as manager of Blackpool, with MK Dons defender Gary MacKenzie joining on loan for the remainder of the season.

MacKenzie, who has been involved with the Scotland national team without winning a full cap, could make his debut against Bristol City on Saturday.

The 27-year-old is familar to the new managerial team at Bloomfield Road.

The former Rangers trainee played under Blackpool coach Alex Rae, when the latter was in charge at Dundee.

MacKenzie has made 79 appearances for the Dons, who he joined just after Ince left the club in 2010, 17 of them this season.