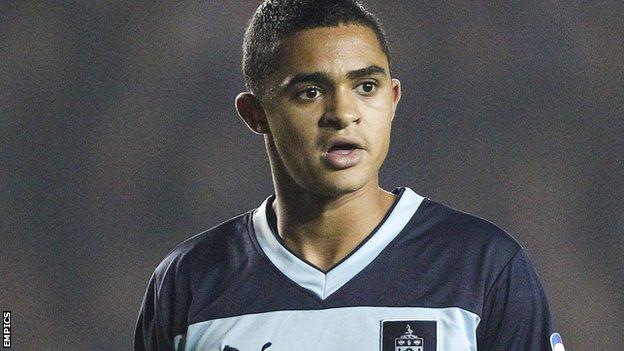 Blackburn Rovers have completed the signing of winger Cameron Stewart on loan from Championship rivals Hull.

Stewart, 21, will spend the remainder of the season at Ewood Park and will link up with Rovers ahead of their home fixture with Peterborough on Saturday.

Blackburn manager Michael Appleton was after in the space of a week.

Stewart spent the first half of the season

The former Manchester United trainee made two starts and seven appearances as a substitute for the Clarets, but did not play for the club following Sean Dyche's arrival as manager.

He has featured four times for Hull since returning to the KC Stadium at the start of January, although only once in the Championship.