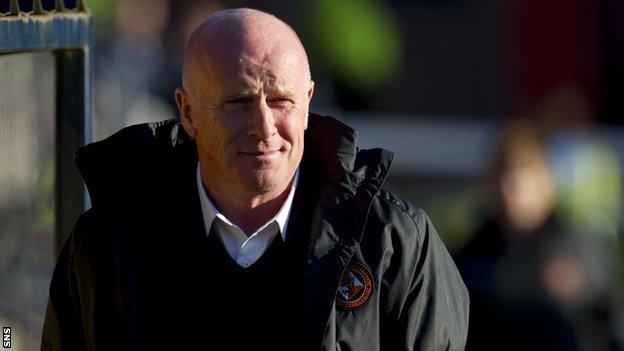 And the 54-year-old has hinted that he may be interested in the vacant post at Hearts, if he could be guaranteed control over first-team affairs.

"You'd have to listen to what they had to say," said Houston. "I want to be a manager again and I want to work as soon as I can."

The Tynecastle side are second bottom of the Scottish Premier League and have sold several players this season.

"I want to go into an environment where I'm going to be able to be in control of the playing budget and the players who come in and players who go out," explained Houston on BBC Radio Scotland's Sportsound programme.

"You don't have total control of the players who go out because if a big transfer fee comes in for one of your best players, you have to accept it.

Houstson previously worked with Hearts as a coach and was briefly caretaker manager before becoming assistant to Craig Levein when the latter took over at Tynecastle in 2000.

"I was at Heart of Midlothian when there weren't huge budgets but it was a fantastic football club," added

"In my opinion, at that time it was the third biggest club in the country - finished third a couple of times, got into Europe a number of times.