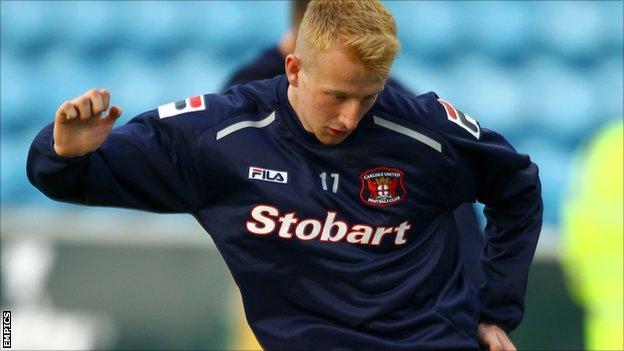 Brentford's League One promotion push was dealt a blow as they lost to Carlisle United.

The hosts struck either side of the interval, with Sean O'Hanlon looping in a header midway through the first half.

And 10 minutes after the break 19-year-old striker Mark Beck ran on to Brad Potts' pass to make it two with his sixth goal of the season.

The win lifts Carlisle nine points clear of the relegation zone, whilst Brentford slip to sixth.

"That's probably the best result since I've been manager of this club and you have to put in context all the circumstances.

"You have to look at their club and the players they've got - [Bradley] Wright-Phillips couldn't even get in the starting line-up, he destroyed us last season.

"The last 10 or 15 games it will be decisive and we are now making too many mistakes at the moment.

"We have to score goals, we have the ball enough and look comfortable but in the final third we need more belief and more aggression.

"The crosses are not always accurate but the strikers need to attack the crosses more and turn the bad ones into good ones and show more."