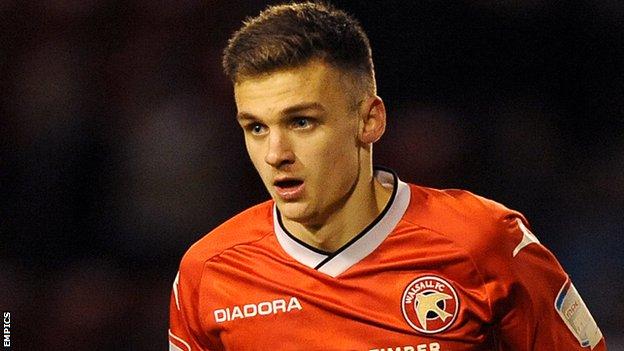 Swindon missed the chance to climb to second in League One after Jamie Paterson snatched a point for the Saddlers with a last-minute header.

Walsall top scorer Will Grigg then equalised with a penalty - his sixth goal in three games - after Febian Brandy was tripped by Tommy Miller.

Grigg now has 17 goals for the season, while Paterson reached double figures to extend the in-form Saddlers' unbeaten run to seven games.

That keeps Dean Smith's side within five points of the League One play-off zone.