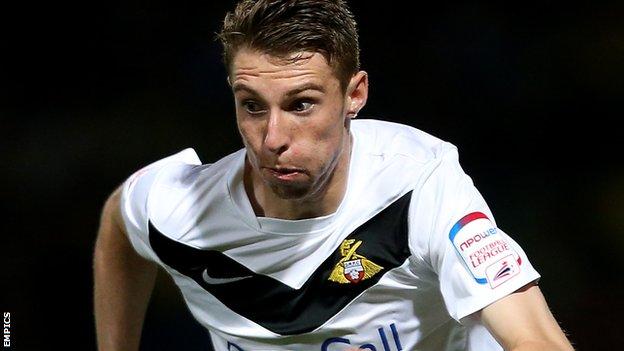 Doncaster stretched their lead at the top of League One by inflicting Bournemouth's fifth successive defeat.

After a goalless first half, Rovers went ahead on the break when David Cotterill crossed for Billy Paynter to net his 11th goal of the season.

Substitute Matt Tubbs looked to have grabbed the Cherries a late point.

But less than a minute later, James Husband burst down the left to fire a second for table-topping Doncaster.

Bournemouth, who remain seventh but are in danger of losing touch with the play-off places, more than held their own early on as Marc Pugh crossed for Brett Pitman who headed towards goal, but veteran ex-Scotland keeper Neil Sullivan palmed it behind for a corner, from which another Pugh centre was headed against the post by defender Steve Cook.

After the break, Sullivan had to be alert to smother a dangerous Matt Ritchie cross, but Rovers immediately broke upfield, Wales winger Cotterill was allowed to cross and although debutant keeper Ryan Allsop got a hand to Paynter's shot, he could not prevent it squirming over the line.

Lewis Grabban then had a great chance to equalise when through one-on-one but Sullivan, 43, pushed his low shot wide.

With mist descending on Dean Court, the Cherries went for broke, throwing on strikers Tubbs and Steve Fletcher, and the pair combined when 40-year-old Fletcher nodded the ball on for Tubbs who burst through to flick it over the advancing Sullivan.

But once more, Doncaster quickly broke from front to back and Husband found himself free on the left before sending the 569 travelling fans into raptures by lashing the ball past Allsop and into the far corner.

"It's a similar feeling to after the Coventry game really where I thought we were the better team for the 90 minutes.

"We had numerous chances, hit the woodwork twice. The keeper's made a couple of great saves and we've ended up losing the game 2-1 in quite bizarre circumstances really.

"It's difficult to take because these are key results for us at a key time of the season.

"The lads gave everything, a very committed performance, at times a very good performance with a lot of technical quality but unfortunately we just weren't ruthless enough in their box and didn't take the chances that came our way."

"I thought it was a great game from start to finish, it was a really good game with two good teams battling out.

"We've done well many times coming back. I think it's a big win for us at this time of the season.

"We played a good team today who gave us serious problems all over the pitch."