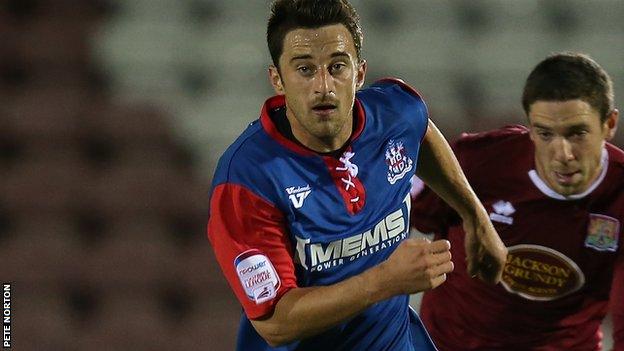 Gillingham extended their lead at the top of League Two to five points with victory over struggling Plymouth.

Antonio German gave them the lead from close-range after the Pilgrims failed to clear Bradley Dack's free-kick.

Chris Whelpdale doubled the league leaders' advantage by tapping in the rebound after German had hit the post.

The visitors gave themselves hope when Jason Banton curled home from the edge of the box but the defeat left Argyle bottom of the table.

"If we wanted it a bit more we could have got something out of the game.

"I think they just worked a little bit harder than we did to get the win."

"I thought in the first half there were times where we could have caused them problems, they're big strong team, very workmanlike and get in your face.